The store will not work correctly in the case when cookies are disabled.
Menu
Account
Choose a category 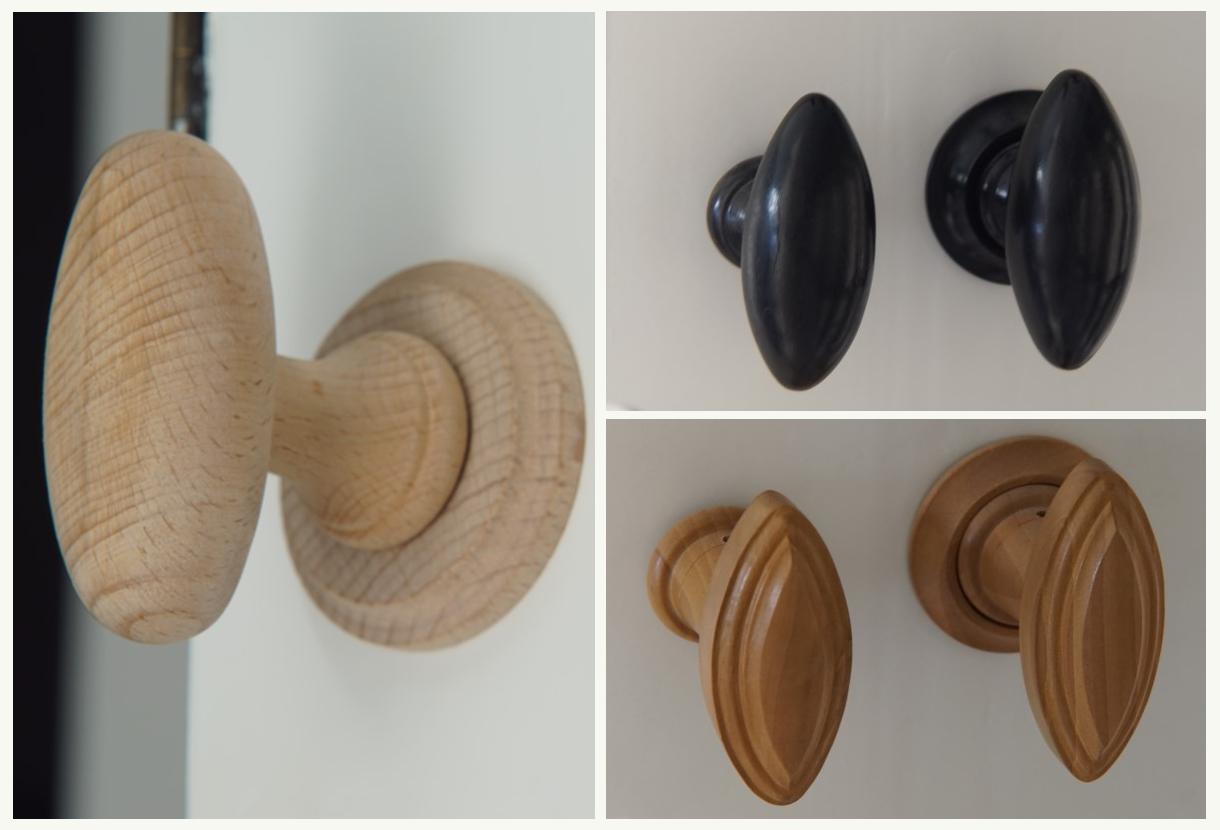 We have a large collection of authentic models of wooden door knobs in ebony, rosewood, beech and kenwood direct from stock.

The so-called “egg model” was mostly used in the 18th century, and was often made of lignum vitae.

Wooden door knobs were mainly used in the period before 1910. After that, until the 1930s, they were used for wardrobes and kitchen cabinets. To distinguish wardrobes from a room door, you can choose wooden doorknobs. The wooden doorknobs in beech are natural, so you can paint or wax them yourself to get the desired look.

Ebony is very solid, but it can be easily finished (sawing, planing, drilling and polishing). It has a homogeneous structure and is excellent for turned objects.

In the past, wooden rosettes were rarely applied. However, we decided to add it to our assortment. In case we have them with rosettes, we offer the complete set.

Most of the wooden door knobs are also available as cabinet knobs. These variants are smaller in size and are perfect for decorating your kitchen or cabinet if you don't need to lock those doors. All those models are shown in our menu under knobs and also many under kitchen handles.